END_OF_DOCUMENT_TOKEN_TO_BE_REPLACED

So, I came across an interesting, but not surprising thing with Husqvarna MSRP prices in NZ compared to USA.

I recently looked at Husqvarna 445 and when googled for it, I got multiple MSRP prices (one for NZ, on for AU and another for USA). 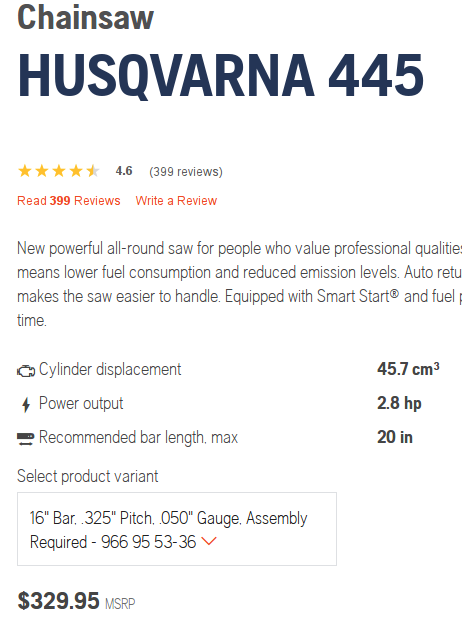 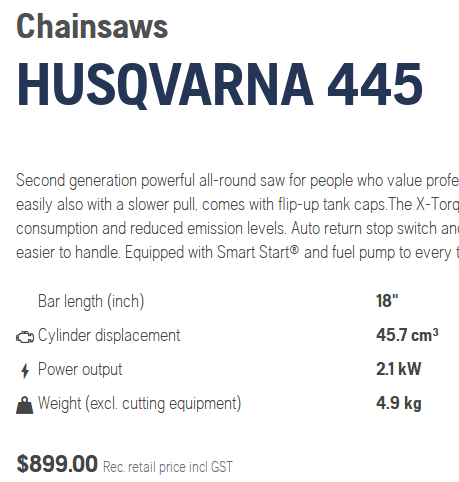 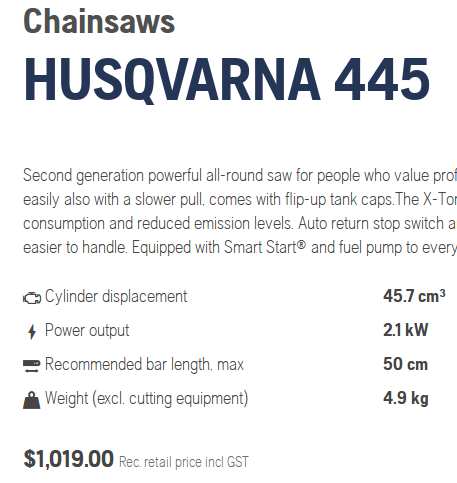 According to NZ customs duty calculator using US MSRP price as base the fair MSRP price in NZ should have been $599 NZD (~$440 USD).

Guess what, from now on I will be avoiding the Husqvarna until these greedy corporate types will pull their heads out of their asses and set fair MSRP prices. In this global economy it is very stupid not to have standardised prices across the globe.

If I really wanted to buy one, no way in hell I would be buying it in NZ, as for about $150NZ I can get it shipped from the states.

I have owned numerous Toyotas in past.
When switching from Toyota to Subaru I did not expect to be shocked by such price difference of genuine parts between each brand.
Both Japanese, both of good quality vehicles, similar niche…

Oil and air filters are priced very close (about ~$20NZD for oil filter and ~$40NZD for air filter), beyond that Subaru parts are rip-off.

For example, for my 1998 ST205 Celica GT4, the genuine front brake rotors were ~130NZD each. About double of aftermarket from BNT or Partmaster.
Considering brake rotors are consumables that is very reasonable price.
When I inquired about rotors for my 2008 GRB Subaru WRX STI (JDM), initially I was quoted ~1060NZ each (retail), that came down to $900NZ each. After shopping around I found the cheapest price in New Zealand for genuine front rotor would be ~$695NZ each (trade price BTW).

What is the difference between Toyota Celica GT4 and Subaru WRX STI rotors:
dimensionally they are very close:
315mm x 32mm
vs
326mm x 30mm
So please explain to me why such a price difference?
Genuine Brembo rotors can be bought in USA for about $160USD retail (it would cost uneconomical amount of $$$ to get them shipped to NZ).

So given the options I got rotors from Partmaster (“Italian made”) for $90NZD each, and pads (Bendix SRT) from BNT for $280NZD a set. Bendix SRT pads were later replaced by Ferodo DS2500 all round (a bit better pad in my opinion).

Hopefully due to Toyota’s stake in Subaru will have some culture changes, which will lead to price standardisation, making consumables cost like consumables (and not gold-pressed latinum). One would only hope.

This is how you buy genuine Hikvision cameras in New Zealand:
You don’t.

All I wanted to buy is a genuine Hikvision camera locally (with correct Language flag set in firmware, and basic support).
I went onto global Hikvision website and checked listed distributors for New Zealand. I also e-mailed Hikvision regarding the New Zealand distributor.

The Hikvision website lists Atlas Gentech as their distributor. This was confirmed via email as well.

From quick look on Atlas Gentech website it appears that they are deal with trade only (ie wholesale shop).
I have contacted Atlas Gentech, and they confirmed that you need to be a company to deal with them.
They provided me with couple of their customers I could enquire regarding buying Hikvision cameras.
Both of the contacts given were security companies (not a retail shop), as well as what appeared to be “one-man” operations. The security companies naturally have no interest in selling hardware to customers, they are more naturally inclined to sell services (ie. installation and monitoring). There is simply a conflict of interest there to start off.

I have contacted these companies. Only one responded.

The camera bought from Aliexpress physically does not differ from cameras that being sold here. The only difference is the language flag (which is fixable), and obviously support/CGA.

I also found that the Aliexpress sourced camera can be bought on trademe for $250NZ ($194USD).

I had expectations of paying maybe 2 times of the US Version, the expectations were completely shattered when Atlas Gentech confirmed that quoted $700NZD + GST was reasonable (and not bullshit RRP price). lets assume that US Version retails for $200USD (a bit higher than $170USD on Amazon). The $620USD is over 3 times of the retail price of US Version.
Remember when camera sold on Aliexpress for $95USD the Alixpress makes a cut, the seller on Alixpress makes a cut and the Hikvision still makes a profit. Looking at the cost of Ambarella SoC (wholesale around $20USD), the cost of making the camera is around $40-50USD. Selling camera for $620 USD is pure greed.

Hikvision is blatantly ripping off New Zealanders, because they can. Shame on you Hikvision for doing so, and shame on you for artificial differentiation of the markets by setting the language bit. Geo-locking in Internet world is stupid and futile.

Shame on you Hikvision for violating GPL as well, since when I bought the cameras there was no mention of the licence, and the camera definitely uses GPL licensed software. The GPL code requests were fallen to silent ears. This company is behaving like a greedy parasite, taking from community and not giving anything back. 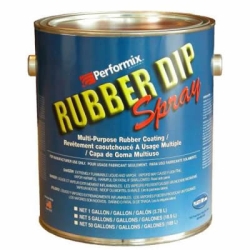 Plastidip! What an awesome idea, change your car colour without the actual damage and cost of actual paint job. It is completely reversible, and creates a protective rubber like layer.

Made by Performix, here is some official info http://dipheadsunite.com/how-it-works/

Heavily promoted on social media by www.dipyourcar.com
Here is their youtube chanel.
They explain really well what is plastidip:

They sell nice kits, like this one:
Professional Large Car Extra Coverage Kit 4 Gallons
For very affordable, $384 USD (~$500 NZD) it has everything that is need to do a reversible colour change.
What an awesome product.

Not in New Zealand.

dipyourcar.com will not ship to New Zealand due to it being dangerous goods. That is understandable.
I don’t really need a kit, all I need is about 10L or so of actual dip, so I enquired with Performix regarding who can sell me 3.78L cans of the stuff, to which I was sent to their local distributor Griffiths.
When called Griffiths regarding the price and availability I was sent to their resellers as they do not deal with public (very common in NZ, goods pass resellers two or three times, while each takes a cut before they get to public).
Their reseller could not give me price immediately, but upon calling back they came up with ridiculous ~$550+GST for 1 can of 3.78L plastidip.
Compared to $59.74US (~$78NZD) dipyourcar.com.
With that price, it would cost me about $2500-3000 to dip my car. A quality respray job is about $5000, and good old wrapping in vinyl is about $2000-$3000 (without me doing anything). It makes no sense!

I bet that dipyourcar.com still makes a lot of money by selling these cans at $60USD.

Since then I found another retailer that sells these cans for slightly more affordable ~$250. So now it would cost me about $1000 to “dip my car”. Still that price is over 250% mark-up.

As usual kiwis being ripped off by fellow kiwis.
How dare these greedy business owners to complain that online shopping is killing their business if their business is 100% based on ripping people off?
This is why people go to length to pay retail prices in USA, get things shipped for exuberant shipping costs via Youshop, pay Duty+GST for importing goods and deal of limited support due to shipping costs.
It is not like the sellers in USA do not make money of the sales to kiwis…

Most common excuse I hear from such greedy businesses is it is expensive because of Consumer Guarantee Act, but hold on a second, what about Amazon, and how easy it is to return the items, they still didn’t run out of business, did they?

What I think is actually happens is there is an old breed of greedy and lazy types of “business” people who think that by marking up 1000% on the price will guarantee easy wealth. Suckers will pay anything right? Wrong. This is slowly dying off, thanks to age of Internet.