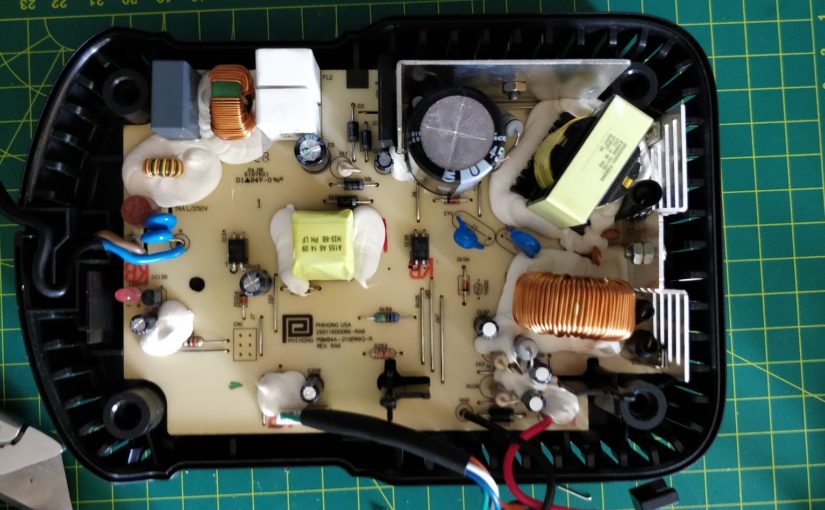 Here is how I converted north American Dewalt DCB101 to proper supply voltage (warning: do it at your own risk).
I have made this conversion based on many internet forum posts and youtube videos.
Note: there are at least two versions of this charger and newer version requires rewinding the transformer (at least according to internet).

Why? For some stupid reason 240V chargers locally cost 2 to 3 times more than in USA.

The resistors replace links labelled as R4 and R5:

It was much easier to desolder the heatsink and the transistor first before getting to the capacitor:

Because I had wrong capacitor I had to butcher the board:

MOVs fitted (not the best positioning but didn’t want to put them under due to proximity to plastic case):

Testing in the “Explosion Containment Tub”:

P.S. yes with 40mm capacitor it is possible to assemble the case, and no, it is not perfect and rather tight, the PCB is bowed and the gap between case halves is uneven. The capacitor is the most expensive part so choose wisely.