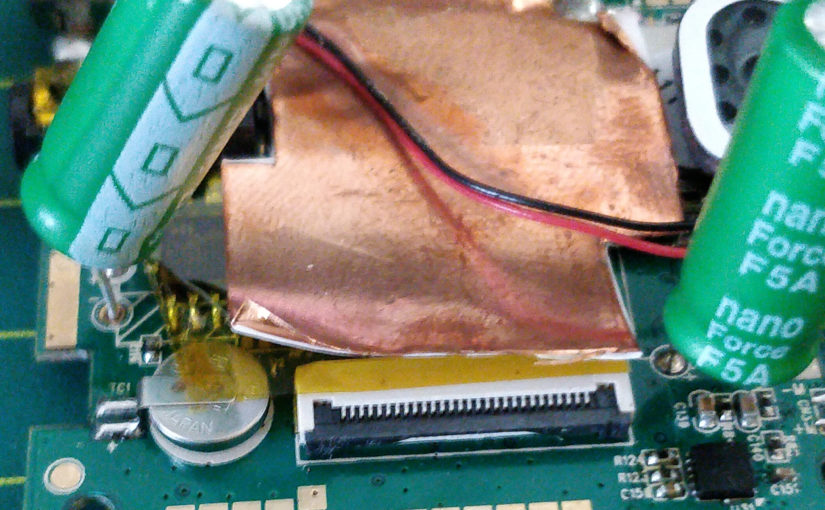 One of my A119 Cameras started to beep while presenting the “Format Yes/Cancel” prompt after long downtime. The date was also reset.

Before pandemic this was not as annoying as it would almost never do it, but with pandemic and work from home it does it pretty much every start up.

The Problem would go away once the date would be updated via GPS and the issue not come back until next very long shut down.

Given the symptoms one would immediately jump to conclusion that RTC battery is stuffed.

This was confirmed by opening the camera and noticing the tall tale oxidation around the RTC battery (not really visible on the photos).

The battery I ended up sourcing was FDK ML1220. Plenty available on ebay and aliexpress. The battery must be ML series, as it is a rechargeable Lithium (not Lithium Ion) 3V battery. If all fails one could jerry-rig a CR2032 or similar with a schottky diode (to prevent charging) in place.

Because the replacement battery is not of same size, the solution was to add wires and move the battery elsewhere.

The battery polarity was following: Negative – bent tab, Positive – straight tab. Confirm with a multimeter (battery should be around 2.7V).

Fairly simple job to replace it (it is possible to de-solder original battery without removing the main board). It sucks that the camera does not name files with sequence number then date order in the filename, to remove dependency on the RTC dates for file rotation.
I also find it a bit odd that Viofo went to an effort using super capacitors and decided to use a rechargeable RTC battery at the same time. They should have used user-swappable CR2032 or similar for RTC (or not rely on RTC at all).