I found this video from http://www.hidconcept.com:

The video convinced me that these bulbs were fakes.

I contacted Philips NZ the best way I could, through their lighting department. Unfortunately I got handled by an unsavoury character that pretty much told me to pound sand.
He told me that Philips NZ officially does not sell these bulbs in NZ thus I need to contact Hella. When I told him that it is a pretty much a non-reply, he told me to contact Repco or Supercheap. I avoid buying anything from Repco or Supercheap if there is a choice. Especially Repco.
Once I finish this post I will be sending the link to Philips NZ PR/Media department, because at this stage I feel Philips NZ does not give a shit about the brand.

Here is the conversation:
I basically asked (with photos attached) if the bulbs are real or not:

Reply was not what I was hoping for: I was flogged off to Hella (as far as I am concerned Hella is 2nd tier competitor):

Instead of giving me a contact in Philips who can verify, he tells me to pound sand:

I point out that Philips does actually market these bulbs in New Zealand:

He does not get it (or care), and sends me off to a random 3rd party:

So, I tried again to get through to him, and plainly asked for contact in Philips:

In complete (but not surprising) utter disappointment he gives me a spiel about reputable source:

Since the Philips NZ was a no-go, I contacted Philips USA with actual success!

So, this was as good as anything I could get out of Philips. I take it as confirmation as the bulb being fake.

I got extremely curious and I decided to buy real genuine Philips 42406 from http://www.hidconcept.com. The difference is phenomenal! They are also richer and warmer in colour and brighter. So the fakes were not even true 4300k.

So lets go back to initial cause of suspicion – tight fit:

Real bulb measured 24.78mm in diameter at the base: 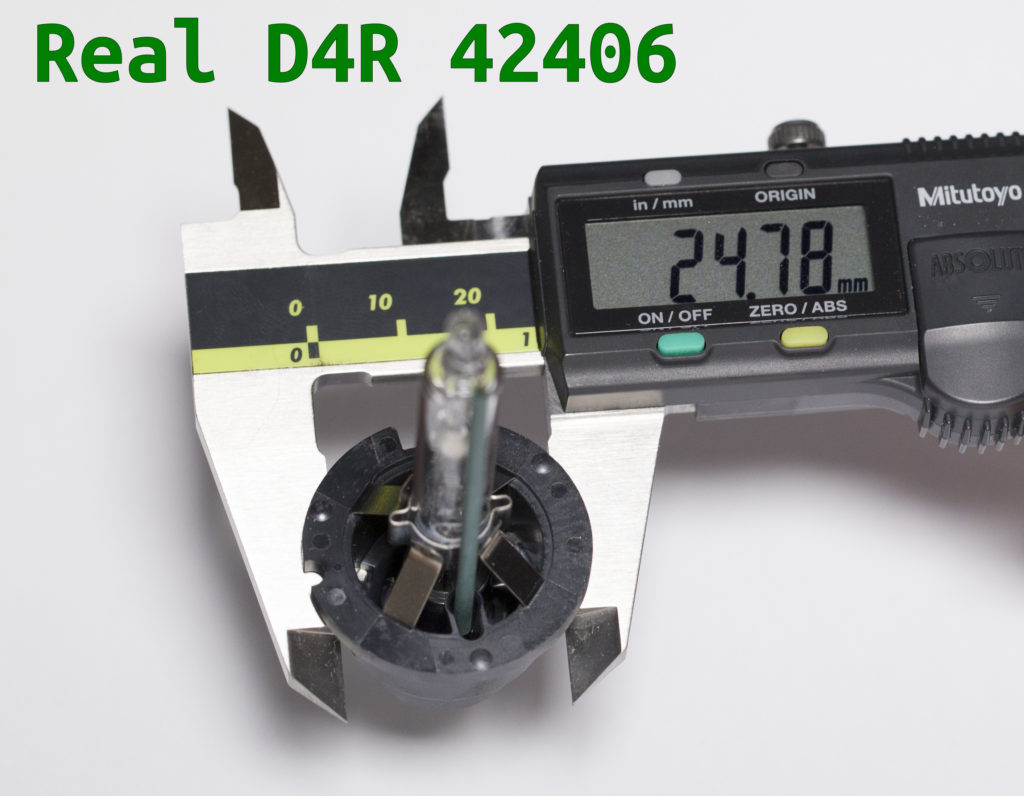 Fake bulb on other hand measured 25.12mm in diameter at the base: 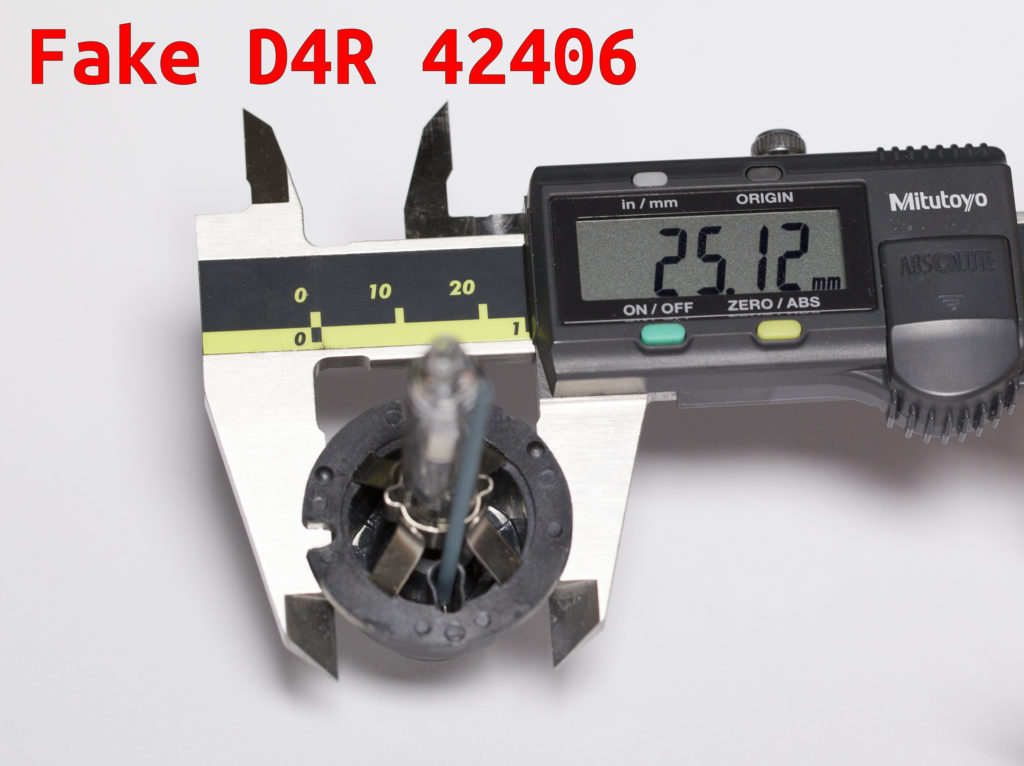 Here is side by side comparison: 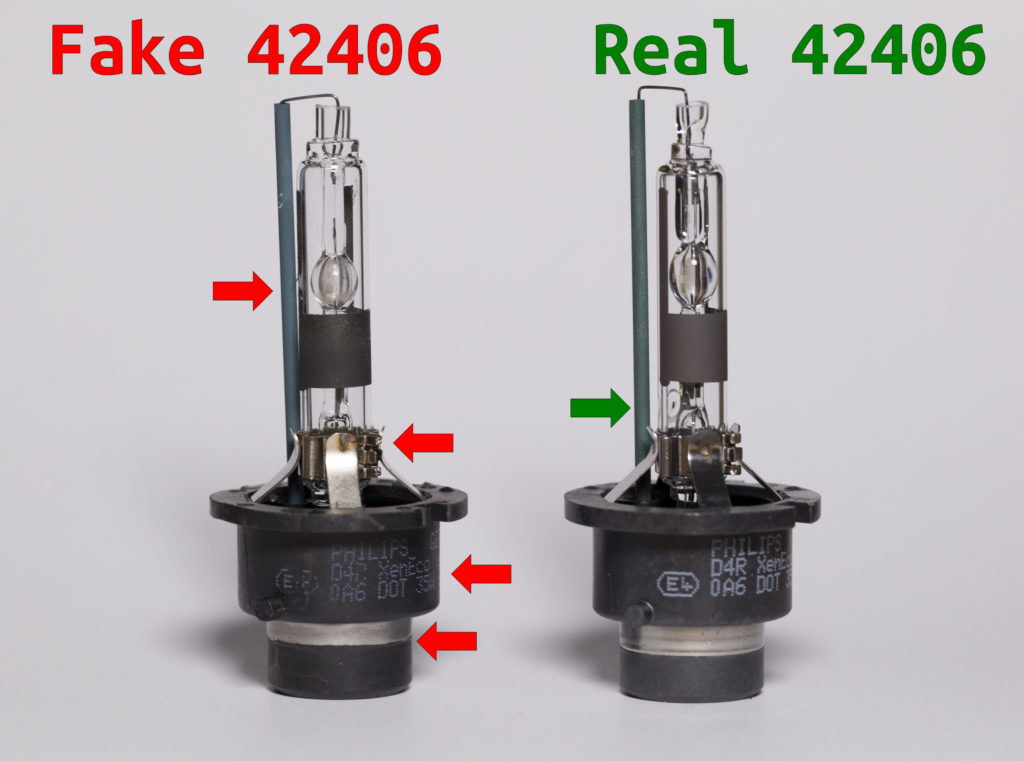 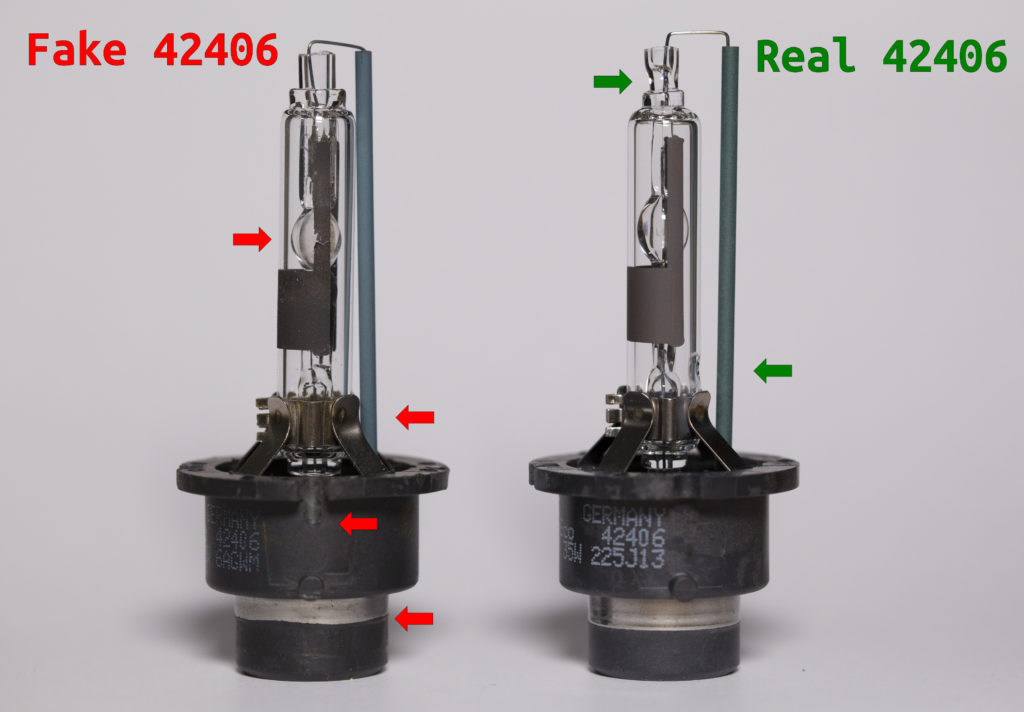 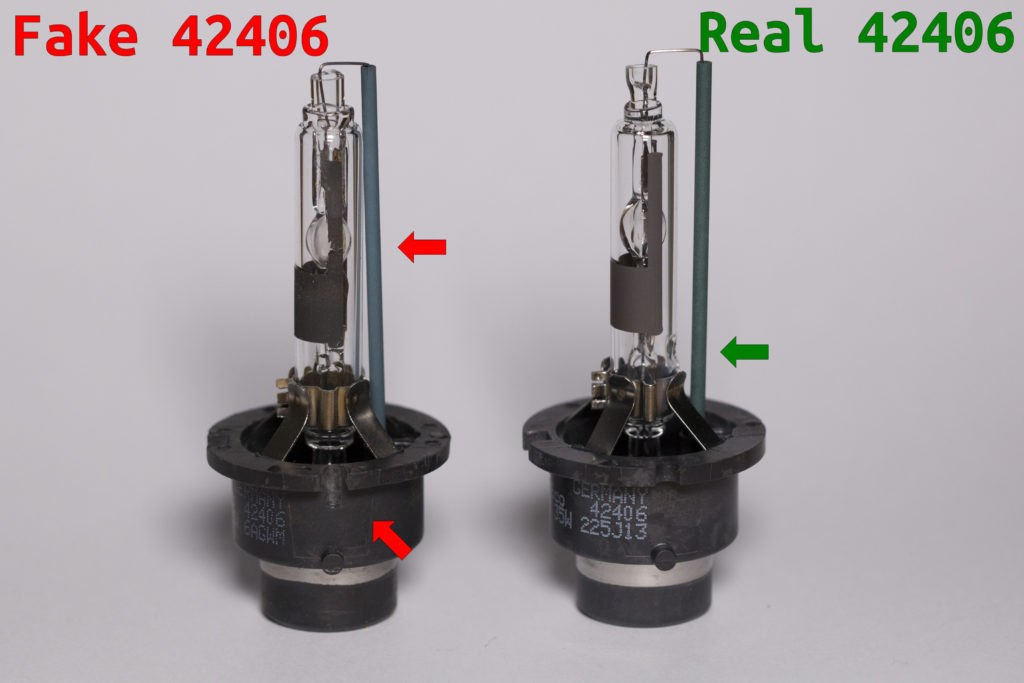 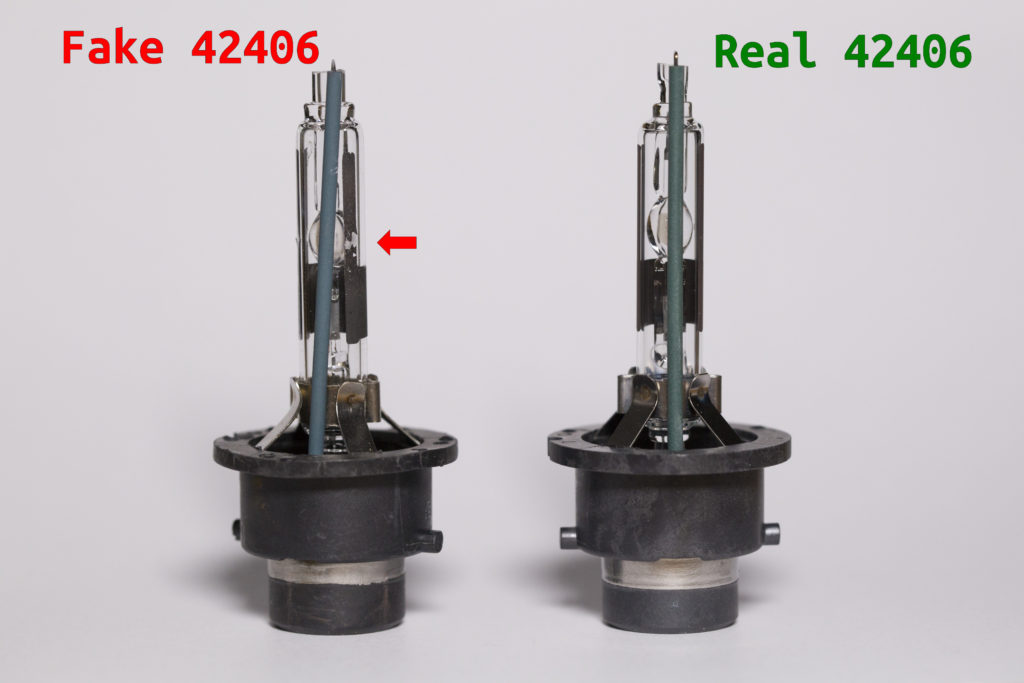 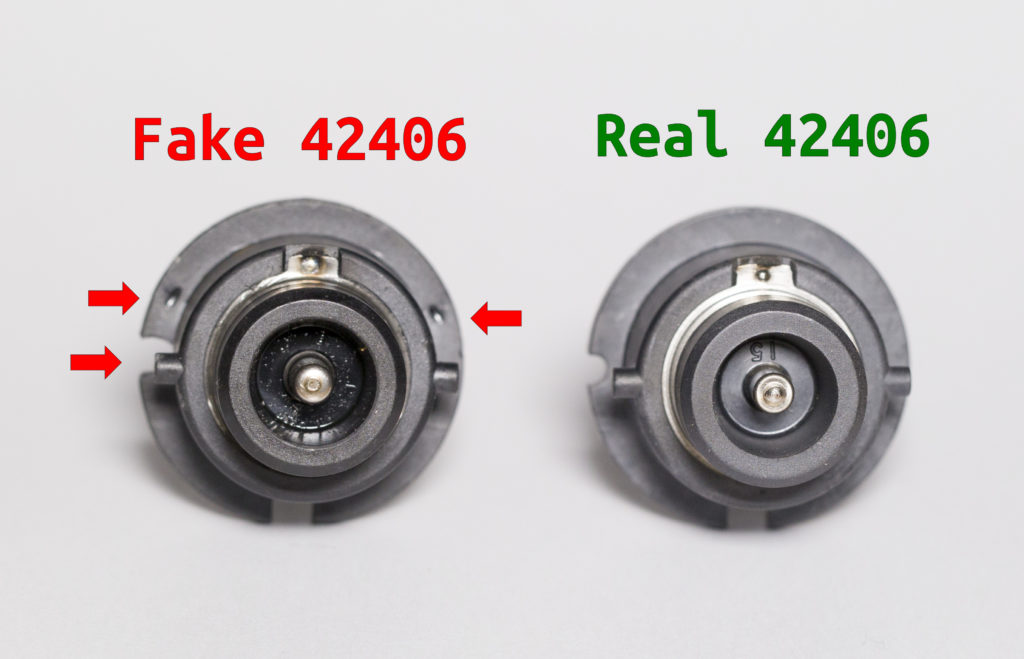 Note: bottoms are very different in colour and castings. Unlike other reports this fake had a number on the bottom (barely visible). 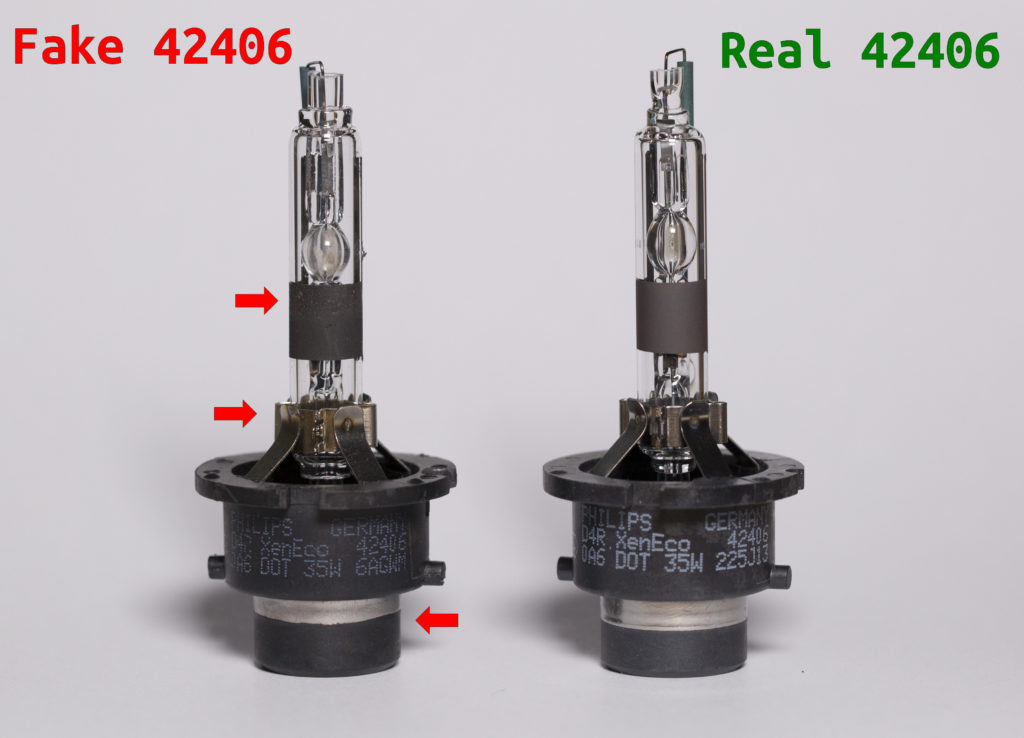 Note: another angle on the font. 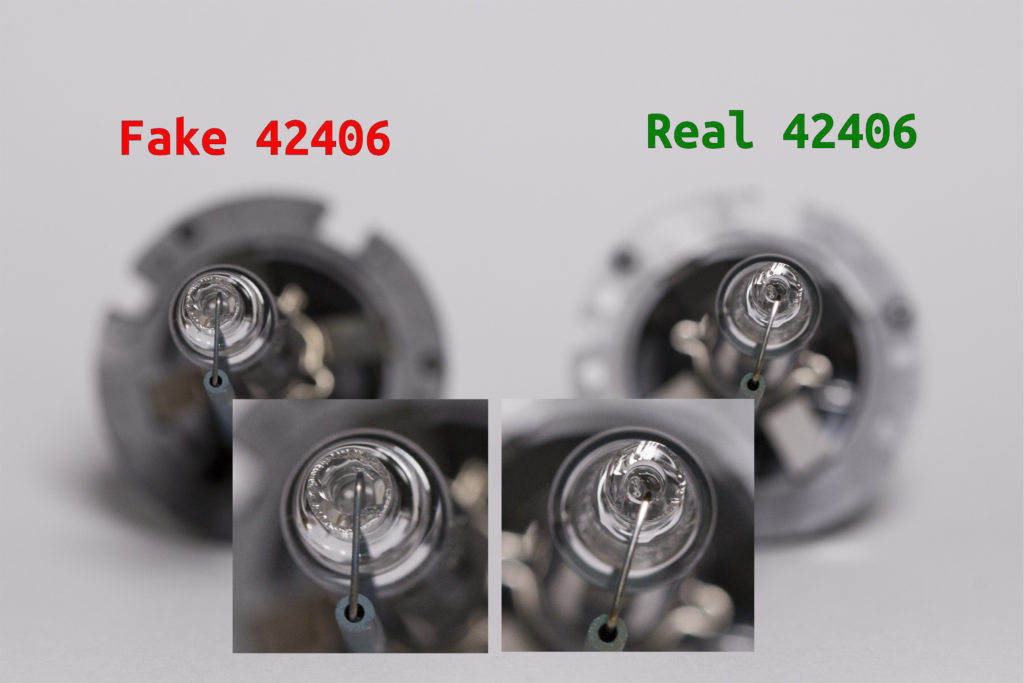