After a few weeks of testing the throttle body swap the following issues have surfaced:

I suspected two things that could cause these issues.

1) Air leak due to improper seal between 56mm throttle opening and 46mm intake manifold (the throttle would only partially cover the O-ring)
2) The default opening of the throttle body was set too high (due to being set for 1.8L engine).

Here are the files I made for water cutting:
Dimensions
Plate

To remedy the idle oscillations all I needed to do is to adjust default opening of the throttle. The adjustment screw is on “top” of the throttle sealed with epoxy resin. 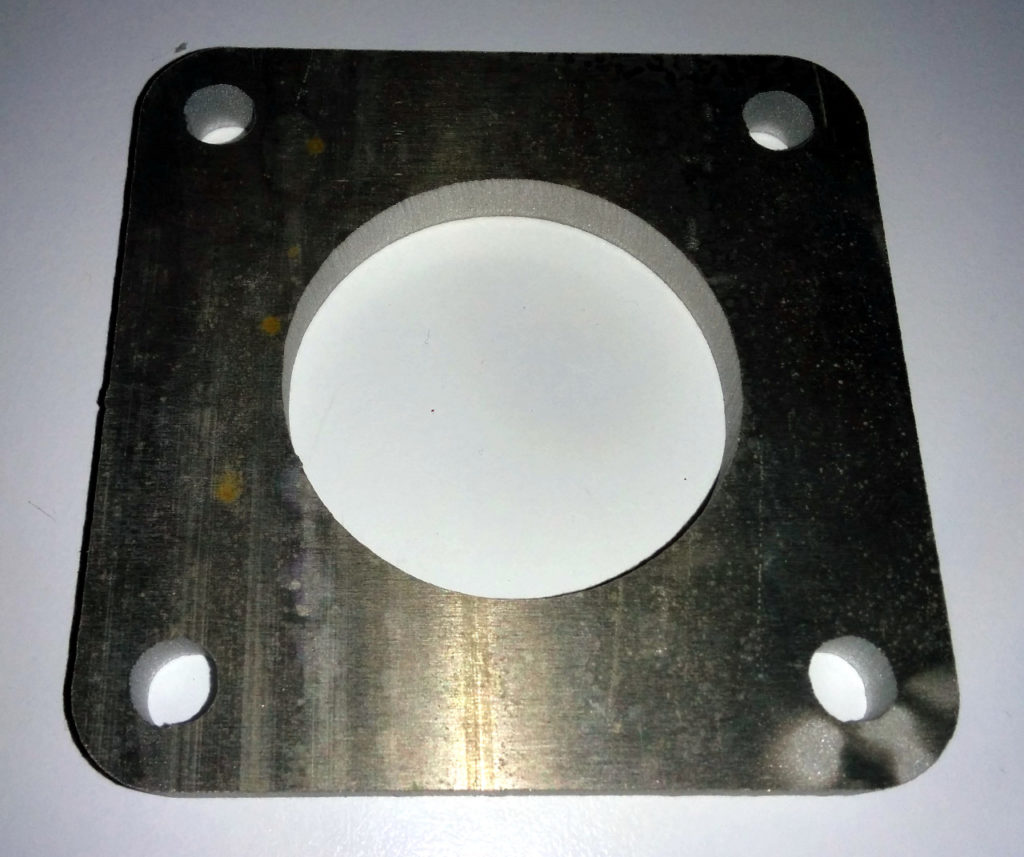 I have marked out 55mm for filing in the tapper/funnel (slightly under 55.6mm of the 1ZZFE throttle opening): 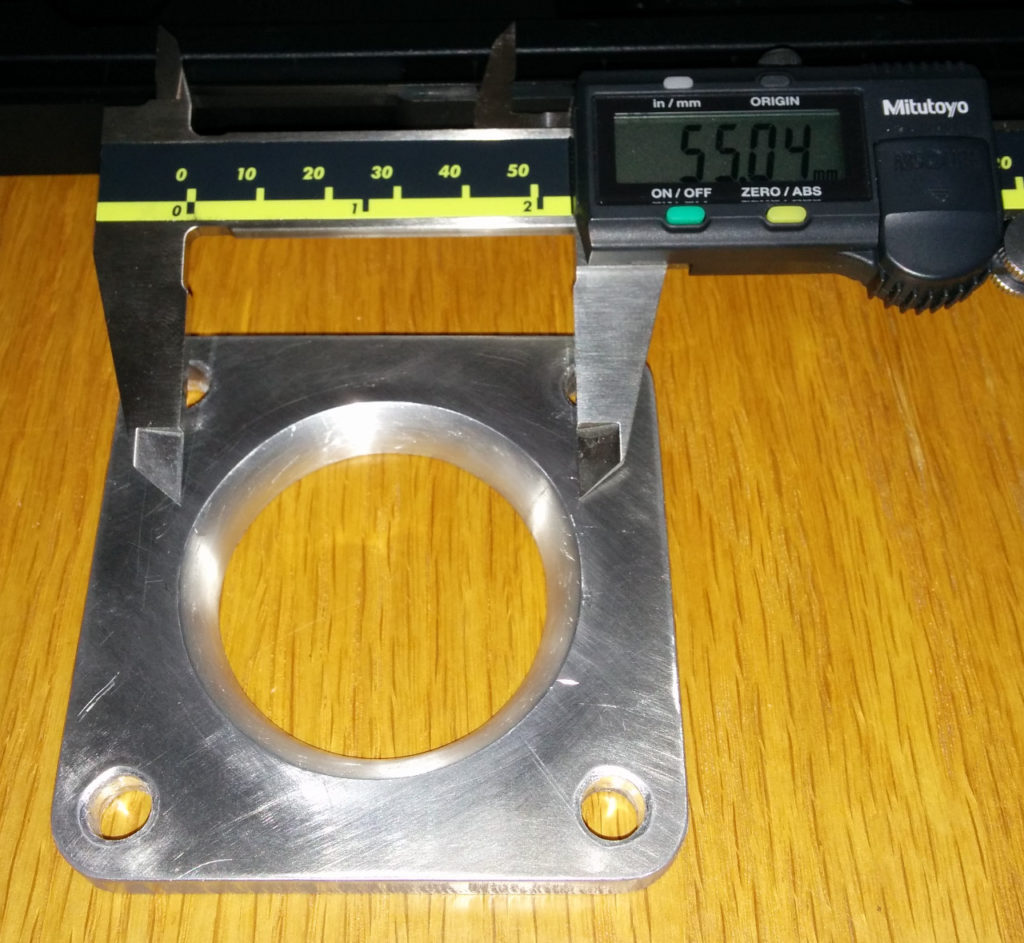 Test fit the blank against the spare 1NZFE throttle body to ensure there is nothing interfering: 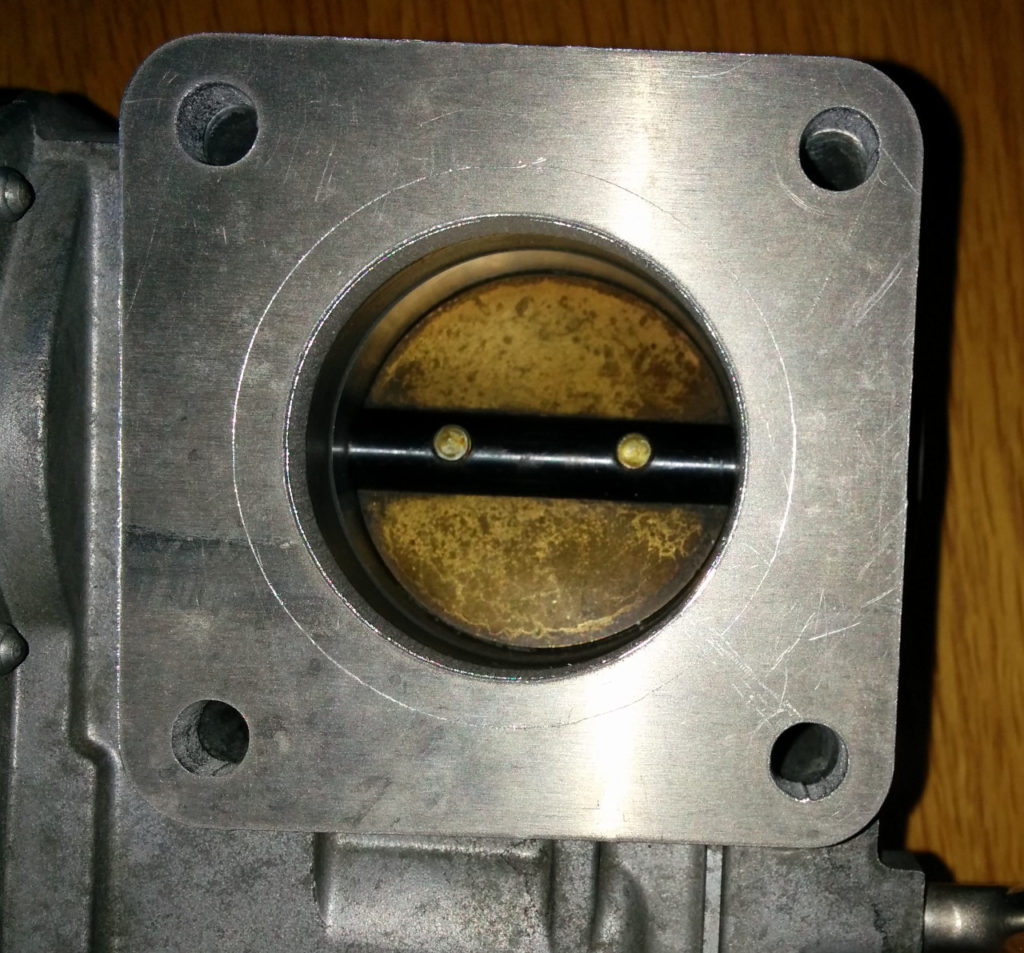 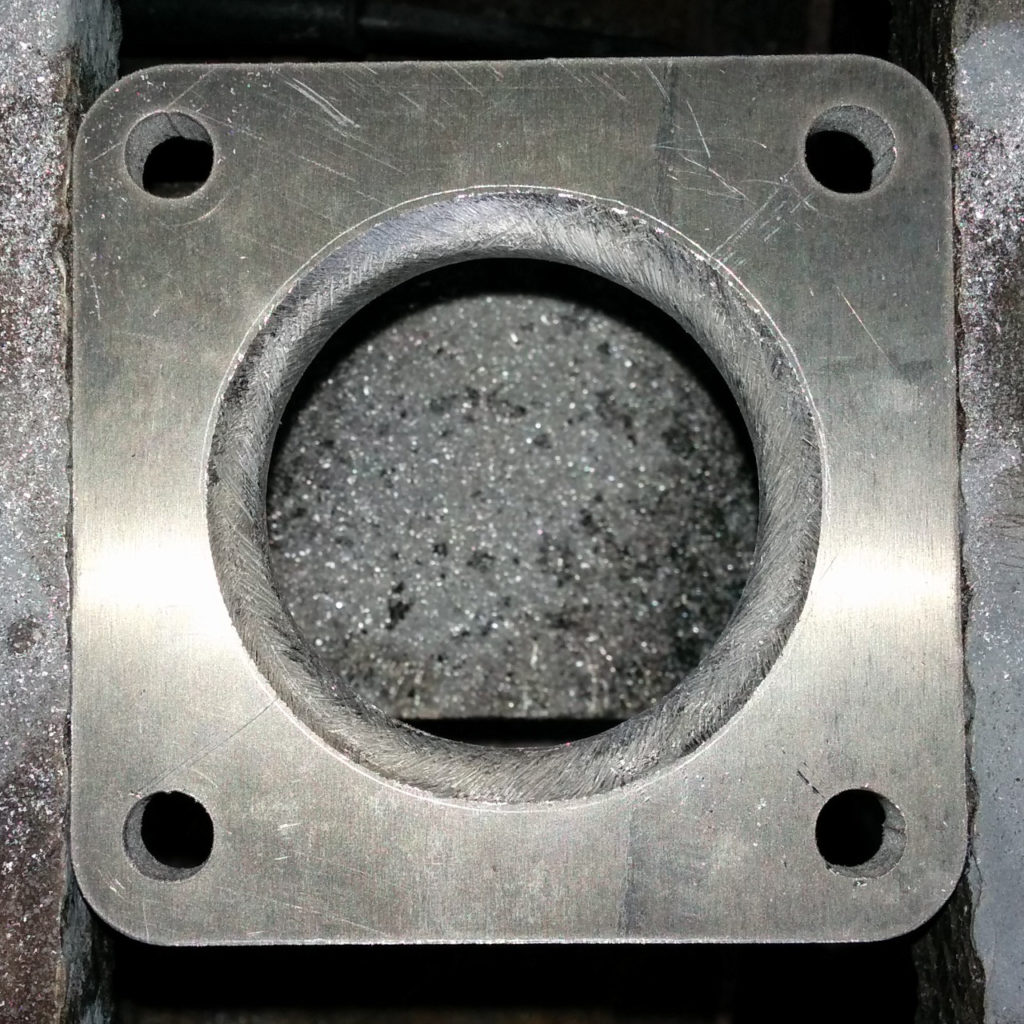 To make sure even finish I frequently rotated the plate in the vice and changed direction. Applied thin coat of sealant on one surface (between throttle body and the plate): 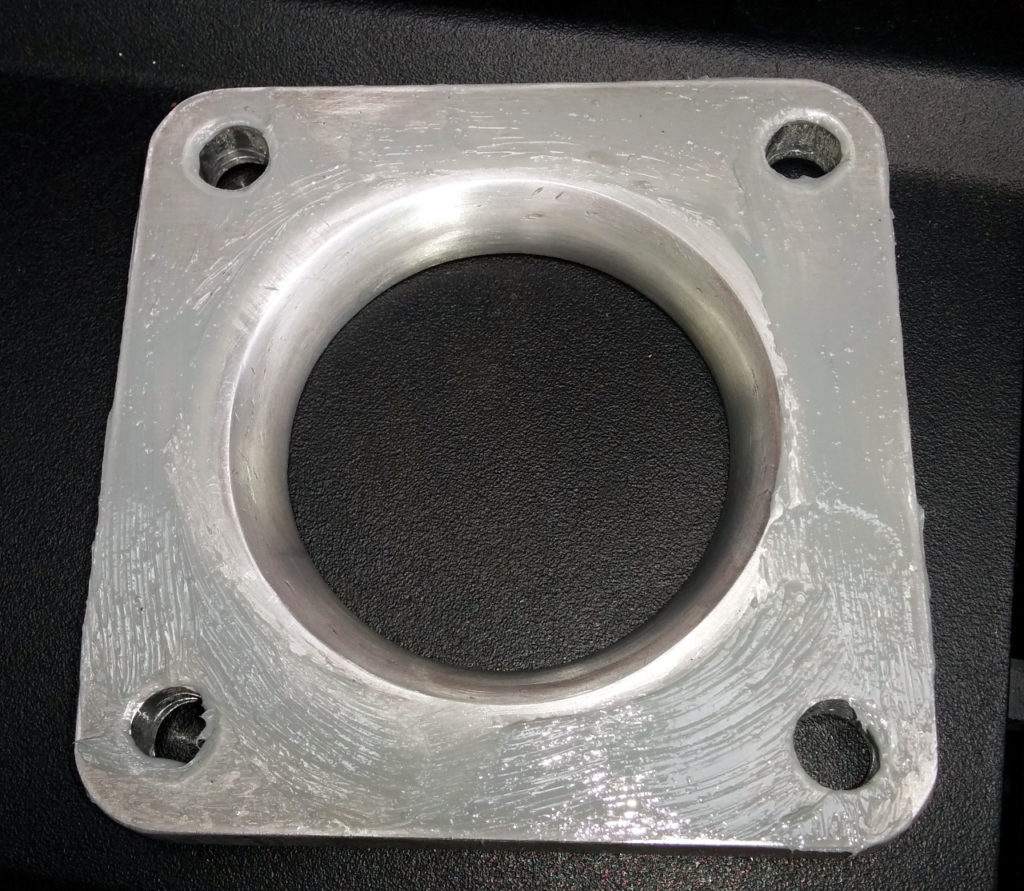 Note: there is no need to apply sealant between manifold and plate as I retained existing O-ring.

Checking for step, unfortunately there is still 1mm step, but I think it is close enough as hand filing is a very time consuming for such small thing: 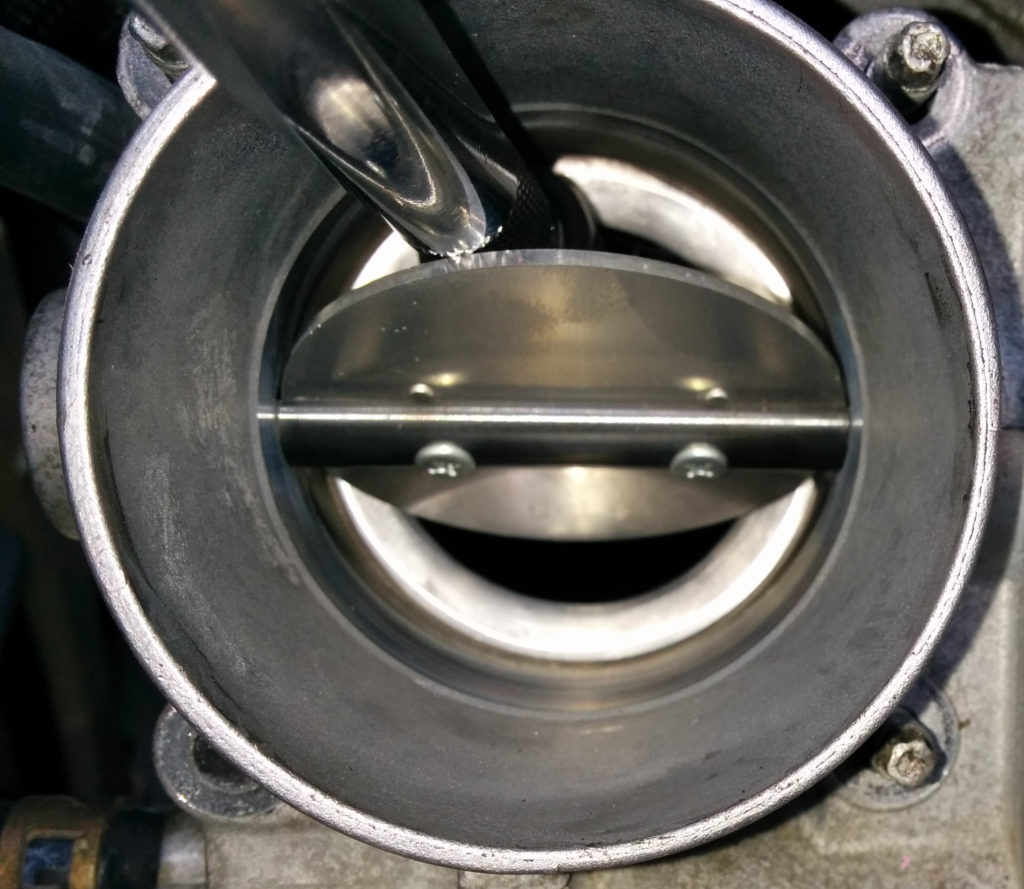 Here is where the “idle” adjuster (not really idle adjusting but more of a starting position): 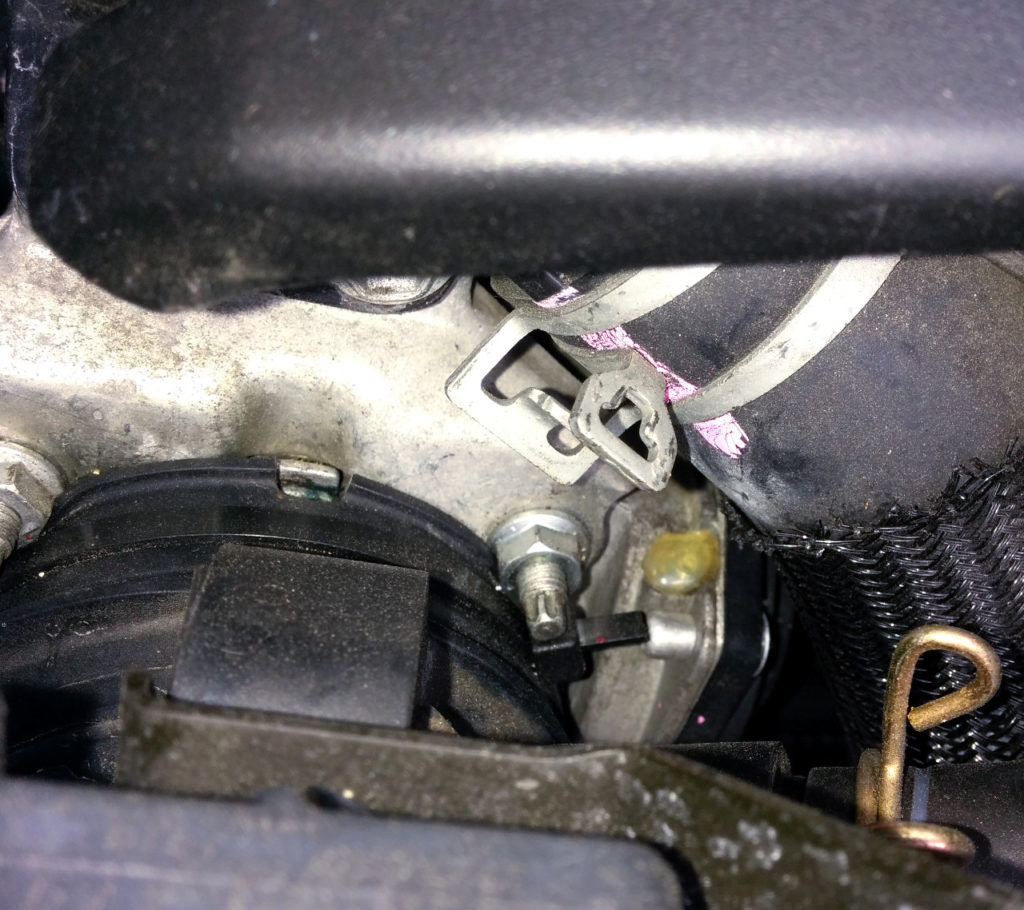 The adjuster screw mostly freed from epoxy (using a fine flat screwdriver as a pick): 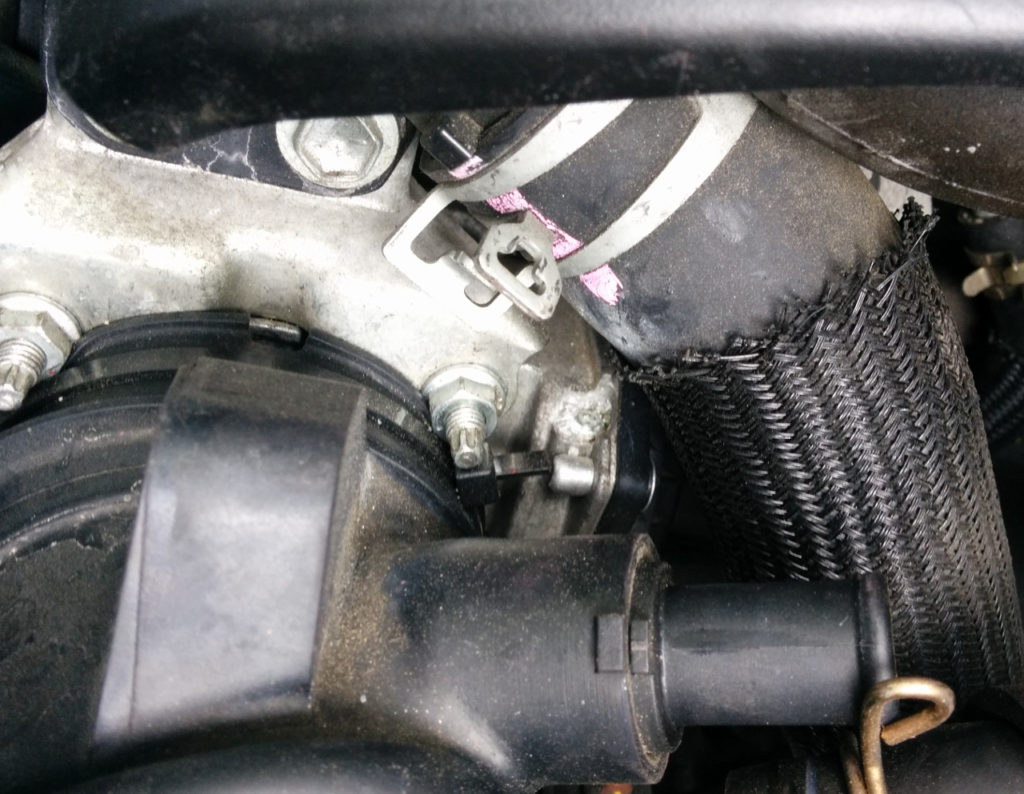 Using 2mm Allen key I turned ~3 times in total counter clockwise to reduce default opening angle so the ECU would not overshoot on initial startup: 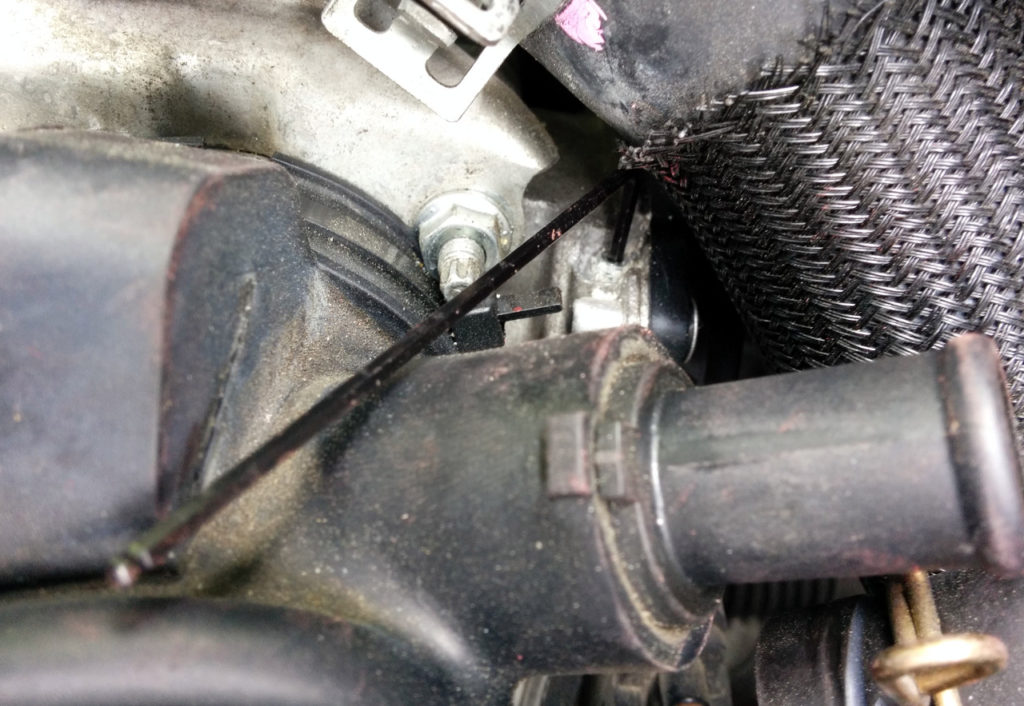 Best way to adjust this is to do it while the ignition is in OFF position, one turn at a time (or even half turn), starting the engine and checking max RPM: it should be below 2000 on warm engine and drop below 1000 couple of seconds after start.

This is what the plate looks like from outside: Note: I left out two nuts between the coolant pipe bracket and throttle body, thus removing the need to replace the studs with longer.

As last thing I pulled out 7.5A ECU-B fuse for a few seconds to kick-off learning of the idle. I left it idling until it completely warmed up to give ECU plenty of time to learn.

At this stage this mod removed all the idle issues.

I will cover the adjustment screw with RTV once I am sure that oscillation are completely gone during the cold start.