Since I did not want to have a lower row of lights to be completely useless I decided to convert them to another stop/park light set. At same time I replaced all the bulbs with LED lights.

The only thing that I need to purchase is a set (2x) of 7443 sockets. One small mistake was ordering the sockets with 4 clips (vs 3 clips), thus not only needed to drill and cut out dummy side, I also needed to modify the fog light side to accept 4 clip socket. I could not reuse the fog light socket due to it being 2 wire (as I wanted fully functional light, not just stop).

Results, before and after (Stop lights, reverse and indicator on): 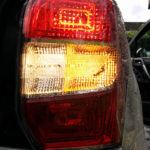 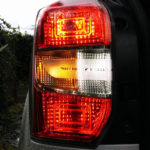 Light is only held by two screws (use 10mm socket, even though the fasteners also have JIS “+” slot): Here is what the dummy light looks on the back: I marked with soldering iron indent for easy drilling of pilot hole: 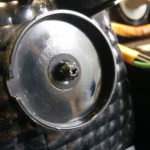 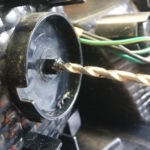 Drilled 21mm hole with hole saw (carefully, as it is possible to smash through): 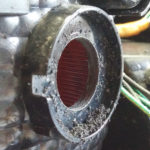 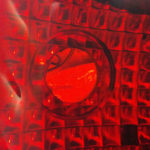 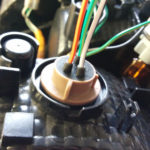 Spliced, soldered and heat shrunk the wires (note: the Green-White wire is for stop): 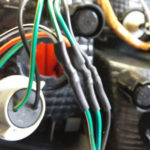 Then cut them with sharp blade: 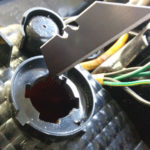 On right side I cut and heat-shrunk the fog light wires: Note: thoroughly vacuum inside of the lights to get rid of the plastic debris left from drilling and cutting! 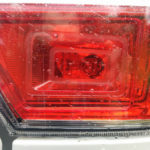 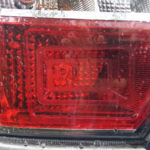